Michael Mothner is the Founder & CEO of Wpromote, the largest independent digital 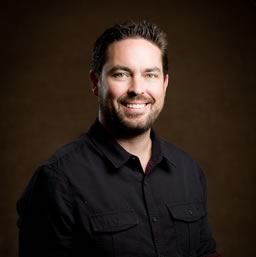 marketing agency in the U.S. A South Bay native, Michael grew up in Manhattan Beach and graduated from Mira Costa in 1999 before heading east to Dartmouth College to study Economics and Computer Science. Wpromote was born in his dorm room two years later to “help businesses grow online.” Despite early success, Michael briefly pursued a job in investment banking after graduating, before an uninspiring interview drove him to see where the fledgling digital marketing startup could go. In 2003, he came back to grow the company in El Segundo with fellow Mira Costa grads Michael Block and Michael Stone, who are Wpromote’s current COO and CRO respectively. Wpromote is now one of the fastest growing and widely recognized online marketing firms in the country, with 350 employees across 8 offices.

Michael has been an active champion for Wpromote’s growth throughout the years, and drove several acquisitions from 2016-2017. With no outside funding, Wpromote was a bootstrapped startup for its history, and took its first outside funding partnership with Shamrock Capital Partners in early 2018.

Wpromote helps clients Think Like A Challenger and drive customer acquisition and profitable growth through cutting edge digital marketing. High-growth Challenger Brands such as Coffee Bean, Hibbett Sports, Z Gallerie, Zenni Optical, Papyrus and more look to Wpromote as their partner in growth. As a result of these incredible partnerships, in 2018 Wpromote was named to the Inc 5000 list of the fastest-growing private companies in America for the 10th time.

One of Michael’s goals at Wpromote has been to create an environment that employees love too. He’s passionate about the motto “Make Mondays Suck Less,” and the company was named by Advertising Age Magazine as #2 on the “Best Places to Work in America” list.

A thought leader in the online community, Michael is a frequent speaker and contributor on digital marketing, entrepreneurship, and the profit-driven marketing approach. He is a former columnist for Inc. Magazine and has been featured on MSNBC, Fox News, The New York Times, Wall Street Journal, Entrepreneur Magazine, and BusinessWeek. He was featured by Inc. Magazine as one of 30 CEOs under 30 To Watch and was the recipient of the PricewaterhouseCoopers Entrepreneurial Spirit Award.

Michael lives in Manhattan Beach with his wife Savanna, daughter Mariah, and dogs Charlie and Reggie.